Allentown Public Theatre returned in January, 2017 with this moving production of the classic The Island, first performed in Allentown in April, 2016.

“Spare and thought-provoking.” – The Morning Call 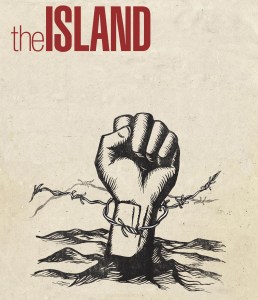 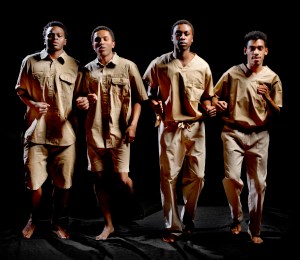 1973: Robben Island. The notorious prison that held Nelson Mandela is in full operation. Those who resist the racist policies of apartheid face hard labor and punishment at the hands of the guards. And in the very heart of this turmoil, John and Winston decide to put on a play. The Island tells the amazing story of two prisoners who find their voice in the Greek tragedy Antigone. Through drumming and dance, Allentown Public Theatre brings their legacy to present-day America – where racial tensions and corrupt prison systems are far from gone.

The Island appeared as part of the IceHouse Tonight series, as well as the Lehigh Valley Voices of Conscience: Toward Racial Understanding arts series.

APT’s production of The Island is the recent proud recipient of the Lehigh Valley Press’s 2016 ABE award for best Play Ensemble: http://eastpenn.thelehighvalleypress.com/2017/01/06/11th-annual-abes-salute-lehigh-valley-stage-records-set-anniversaries-observed-quality 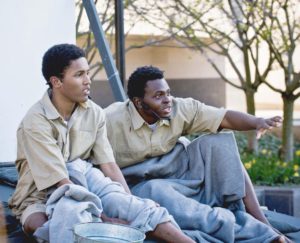 At the Lehigh County Correctional Center:

In April, APT was fortunate enough to be able to bring our production of The Island inside the walls of the Lehigh County Community Correction Center and perform for the inmates there. 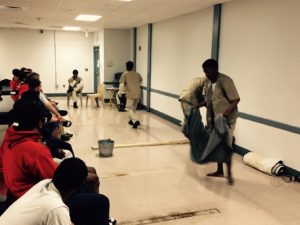 We performed at the IceHouse on January 13, 14 and 15.  Tickets were pay-what-you-will. 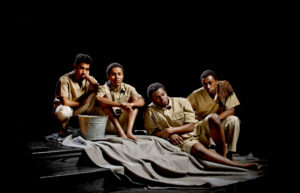