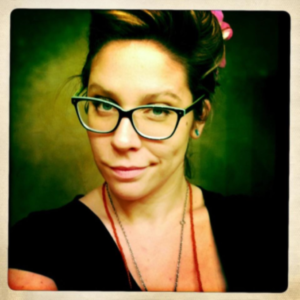 Samantha Beedle (Devisor/Performer) is an actor and comedian, and bears more than a little bit of responsibility for Sam Beedle’s Magical Happy Hour, her original one-woman, sensory-overload-experience-of-a-show, complete with complimentary cocktails. When she’s not showcasing her probably-poor life choices in front of a paying audience, she’s performed actual Shakespeare roles, such as Mercutio in Romeo & Juliet and Helena in A Midsummer Night’s Dream (both at Firebird Theatre), as well as in Parallel Lives (at Allentown Public Theatre). Additional stage credits include The Lost Colony (Roanoke Island Historic Society), The Cider House Rules (Fox Theatre, Montclair, NJ), Spilling Things and Breaking Stuff (StrangeDog Theatre Company), Clothes Encounters and Parallel Lives (both at Park Players, Asbury Park, NJ). To boot, she has terrorized much of Pennsylvania and New Jersey as part of the improv company The Associated Mess, but is feeling much better now. She holds an undergraduate degree in Theatre from Montclair State University. 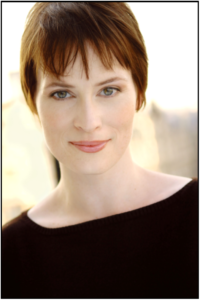 Holly Cate* (Devisor/Performer) is an award-winning actor with over 20 years of experience in theatre, television and film. Theatre credits include: Broadway (An Ideal Husband); leading roles in regional theatres across the country (Portland Stage, Asolo, Pioneer, American Stage Festival and more); and numerous New York theatre appearances.  Holly played the deliciously evil Janice Maxwell on As The World Turns and will soon be seen as Orly in the new web series The Other F Word, premiering online in September 2016.  Favorite roles include Veronica in God of Carnage, Mabel in An Ideal Husband, the Legendary Bitch Xanthara (a feisty but fading drag queen) in the world premiere of the dance theatre piece Caw, and the Woman in Judith/Dresses/Joe, a Beckett-Stein-Brecht mash-up that premiered at the Philly Fringe in 2010.  In addition to performing, Holly directs and creates her own theatre, including HENRY, a three-play adaptation of Shakespeare’s Henry VI tetralogy currently in development with the Lark Theater in New York. Holly teaches acting at Muhlenberg College.  She has her undergraduate degree from Harvard and an MFA in Acting from Brandeis. 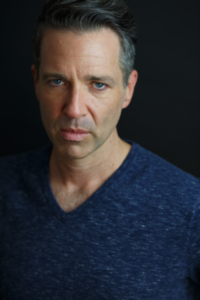 Troy Dwyer (Devisor/Director) is an actor, writer and director who has devised and performed in new experimental theatre at venues throughout the United States, including Theatre Artaud (San Francisco), Velocity Dance Center (Seattle), The Painted Bride (Philadelphia), The Riant Theatre (NYC), Horizon Theatre Company (Atlanta), and many others. His original works for the stage include dance theatre epics such as Tar, World Headquarters and Caw (with Charles O. Anderson), new musicals such as Lures & Snares (with Beth Schachter and Mike Krisukas), and performance art such as Journey/Cave (with Tim Miller) and Body of Knowledge (with Melissa Thompson). He is currently an Associate Professor in the Department of Theatre & Dance at Muhlenberg College, where he teaches a wide variety of courses ranging from classical lyric text (such as Shakespeare), to contemporary realism, to experimental theatre, to queer performance. He is also a teacher of voice &amp; speech specializing in the work of Kristin Linklater and Arthur Lessac. His directing work at Muhlenberg – particularly an ongoing project mounting social justice adaptations of Shakespeare, including The Tempest, The Winter’s Tale and Romeo & Juliet – has been nationally and internationally lauded, including recognition from the Kennedy Center American College Theatre Festival, and write-ups in the international social justice magazines Index on Censorship and Fountain Ink. He is a member of the Voice & Speech Trainers Association and an Associate Member of the Society of Directors & Choreographers. His scholarly writings on queerness, voice, and acting have appeared in leading academic journals such as Theatre Journal and The Voice & Speech Review. He holds a BA from Oglethorpe University, and an MFA with Distinction in Acting from the University of Wisconsin. 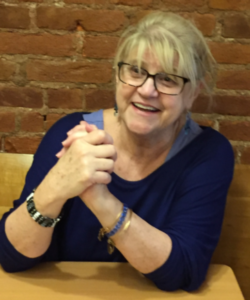 Louise Howard (Devisor/Performer) appeared Off-Broadway as Loretta Black, Josephina Vitale and Grandma Nunzio in the now legendary immersive theatre experience Tony n’ Tina’s Wedding, as well as in the national tour and at ArtsQuest in Bethlehem, PA. Her numerous regional acting credits include The Best Little Whorehouse in Texas, Fiddler on the Roof, State Fair, Cinderella, Lend Me Tenor, Damn Yankees and Moon Over Buffalo (all at Bucks County Playhouse), Play On (Montgomery Theatre Project), Snow Over Bethlehem (Pennsylvania Youth Theatre), Nirvana & Vibe (Philly Fringe), as well as working and creating devised theatre works with the revered Bread & Puppet Theatre, Teatro Pregones (Bronx, NY), and Agua, Sol y Sereno (Puerto Rico). Her TV work includes principal roles on Forensic Files, an MTV promo for Christina Aguilera’s Dirrty, as well as the History Channel. Her film work includes the feature Fading. She holds a BS in Spanish from Kutztown University and an MA from Middlebury College in Spanish Literature and Language. 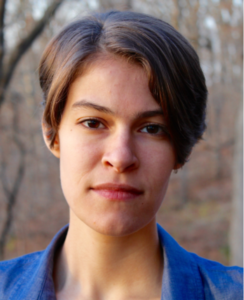 Anna Russell (Devisor/Performer) has been Artistic Director of Allentown Public Theatre since summer 2015. In 2014, she graduated from Haverford College with a Theater major and a Film minor from Swarthmore College as well as a concentration in Gender and Sexuality Studies. While in school, she completed production and dramaturgy internships with Theatre for Transformation in Lancaster and the Wilma Theatre of Philadelphia.  She also spent time in Germany studying postcolonial theatre and the techniques of Augusto Boal’s Theater of the Oppressed at Humboldt Universität zu Berlin and working with the Interkulterelles Theater Zentrum Berlin. Her first exposure to devised theatre came with her participation in the Swarthmore ’14 acting thesis The Three Musketeers directed by Anisa George, in which she proudly portrayed the character of Athos. After graduating, Russell worked briefly as a dramaturg in Philadelphia before coming to the Lehigh Valley in fall of 2014 to work as an apprentice at Touchstone Theatre. There, she produced an original one-person show focused on Revolutionary War soldier Deborah Sampson: An Address Delivered With Applause. Now, in addition to working with APT, Anna works with Mock Turtle Marionette Theater.