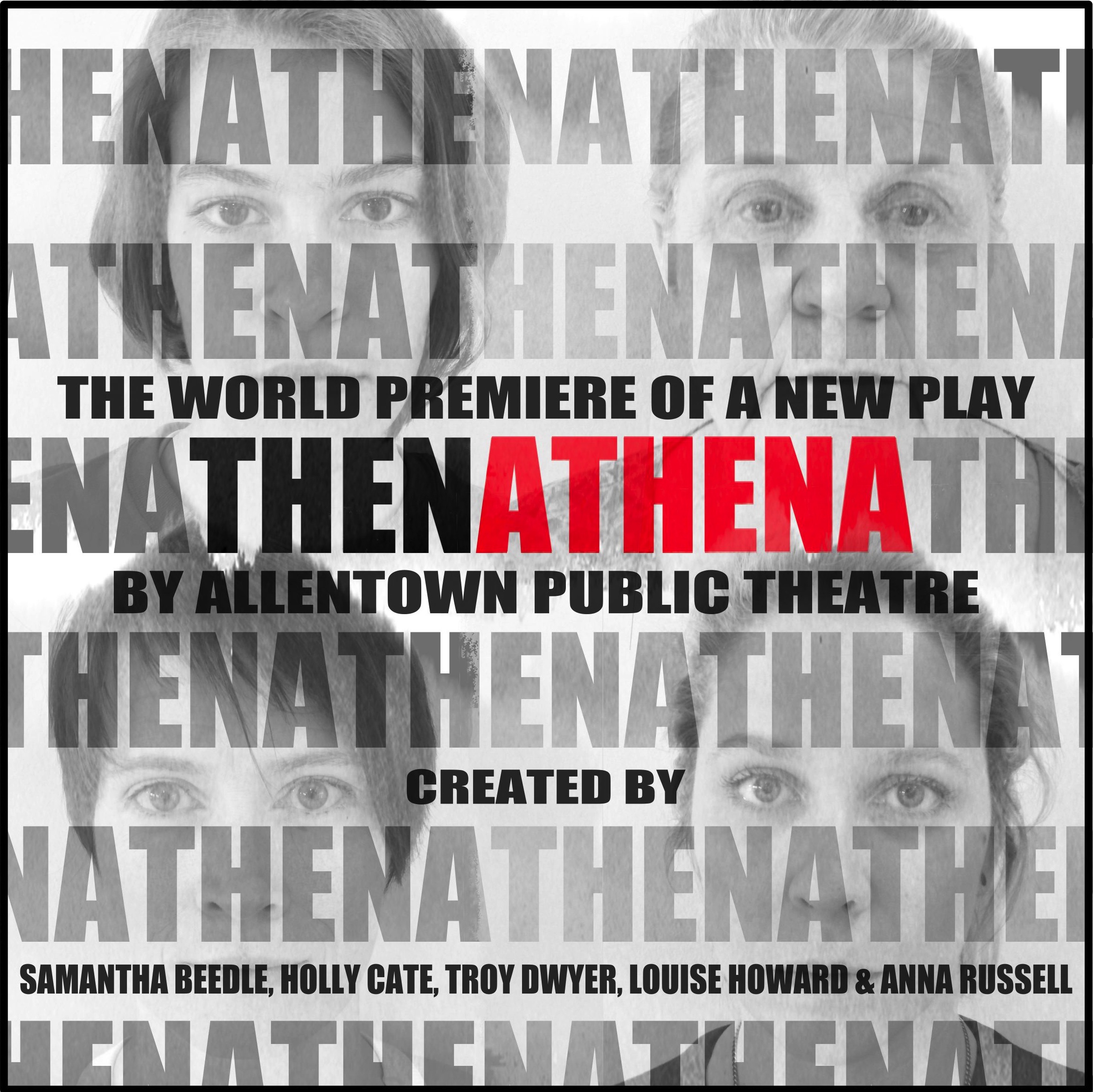 A unit of infantry women marooned in an Afghani minefield. A comic book supervillainess bent on world domination. A Revolutionary War hero who’s secretly a heroine. A Texas housewife on the edge of Apocalypse. Allentown Public Theatre presents the Lehigh Valley premiere of Then Athena, a theatrical fantasia performed by 4 women voyaging into American myths of gender and valor. 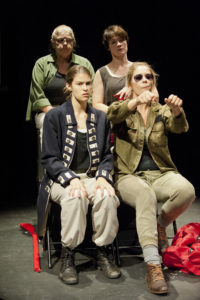 After premiering Then Athena in the 2016 Philadelphia Fringe Festival, Allentown Public Theatre looks forward to bringing this original production to the Lehigh Valley!

*Tickets include one Art Museum visit at a time of your choice. 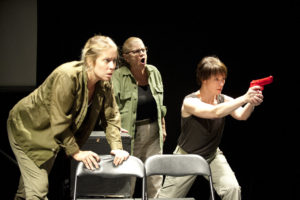 the product of a yearlong collaboration between five very different APT theatre artists, Then Athena is a full-length devised performance work intercutting stories about a panoply of women characters – some historical, some from pop culture, some completely original – confronting the fraught identity of “heroine.” Ranging from playfully funny to darkly raw, realistic to dreamlike, silent to musical, each individual piece tells its own standalone story. But the pieces also fit together to form a theatrical mosaic – a refracted portrait of the sometimes-real, sometimes-mythic (but always disputed) American woman-hero. 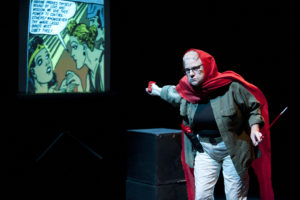 Then…
the company assembled in the fall of 2015 to create a piece about women in the military. Samantha Beedle, Holly Cate, Louise Howard and Anna Russell, along with director Troy Dwyer, quickly became frustrated by the staleness of available shapes for telling stories about women and valor. Why, they asked, does the story of the woman-hero so frequently require her to contrast her experience and identity with those of the man-hero? As they wrestled, along the way they began laughing. They began telling each other stories about things that had happened to them, bold women from history they admired, and fictional characters they liked. 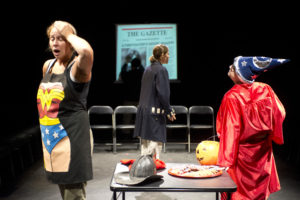 Then…
they started thinking about gender, about themselves as theatre-makers, about the desires that drive them and the fears that hold them back, and about the stories they’ve never seen or haven’t been allowed to tell. They started thinking less about “women in the military” and more about how to overcome the staleness that often clings to the story of the woman-hero. 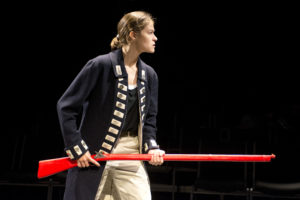 And then…
they decided that the only thing to do was to track that staleness it to its lair, battle it, and maybe, just maybe, slay it in front of a live audience. Like warriors.